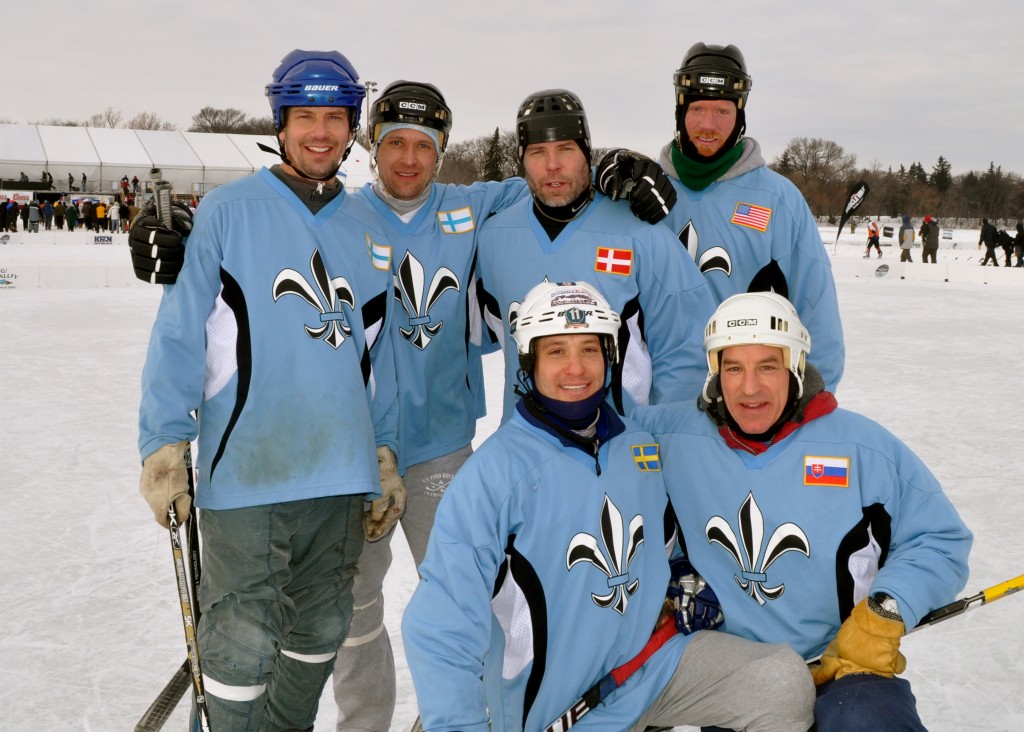 Steve is on the bottom middle of the team photo.

Mike’s team, Team Buffet, had a hard fought 3-1 record and missed making the playoff round by just 1 goal. 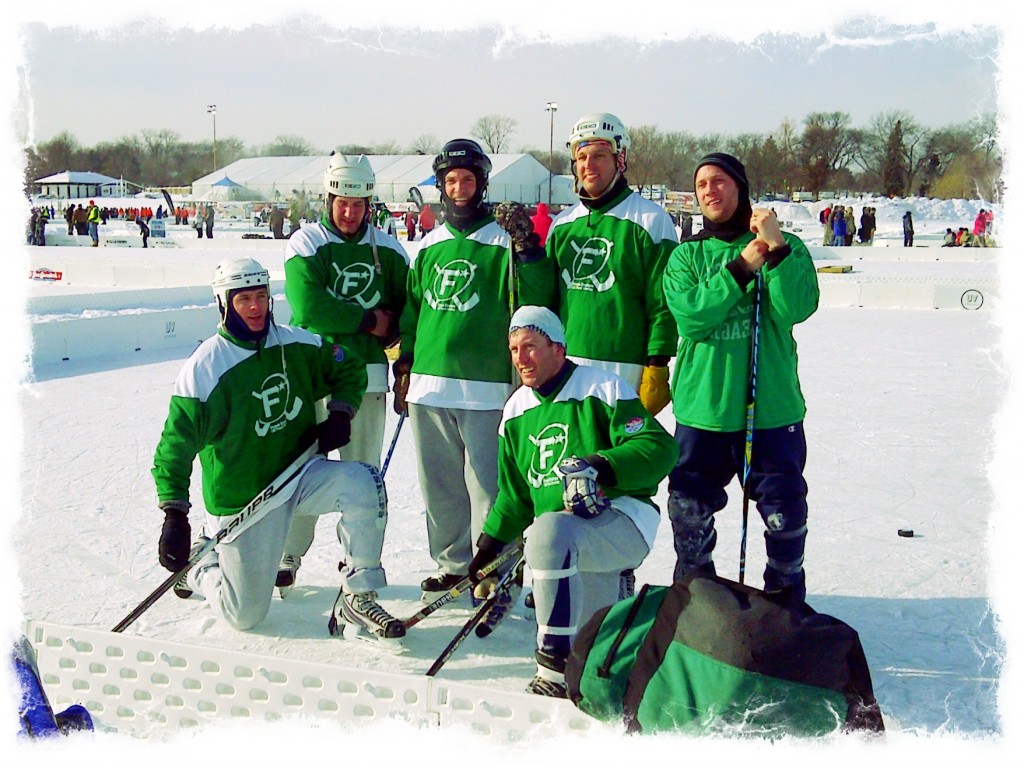 Mike has on the black helmet (top row, middle)