We are excited to announce the asset acquisition of DiscBurn, Creative USB and Flash Universe from Cool International, LLC. DiscBurn’s DVD duplication and USB/flash drive operations will move into Techware’s 10,000 square foot facility in Bloomington, MN.

This acquisition opens up new opportunities for both our business and our customers.  We now have another great platform to support our custom printed disc, custom USB & flash drive duplication customers.

To learn more about and read the press release please visit:

Sawatdee will be opening a new location in the southwest suburbs soon.

It looks like the new location may be in the spot that was formally occupied by D. Brian’s across the packing lot from Southwest Transit Station in EP. 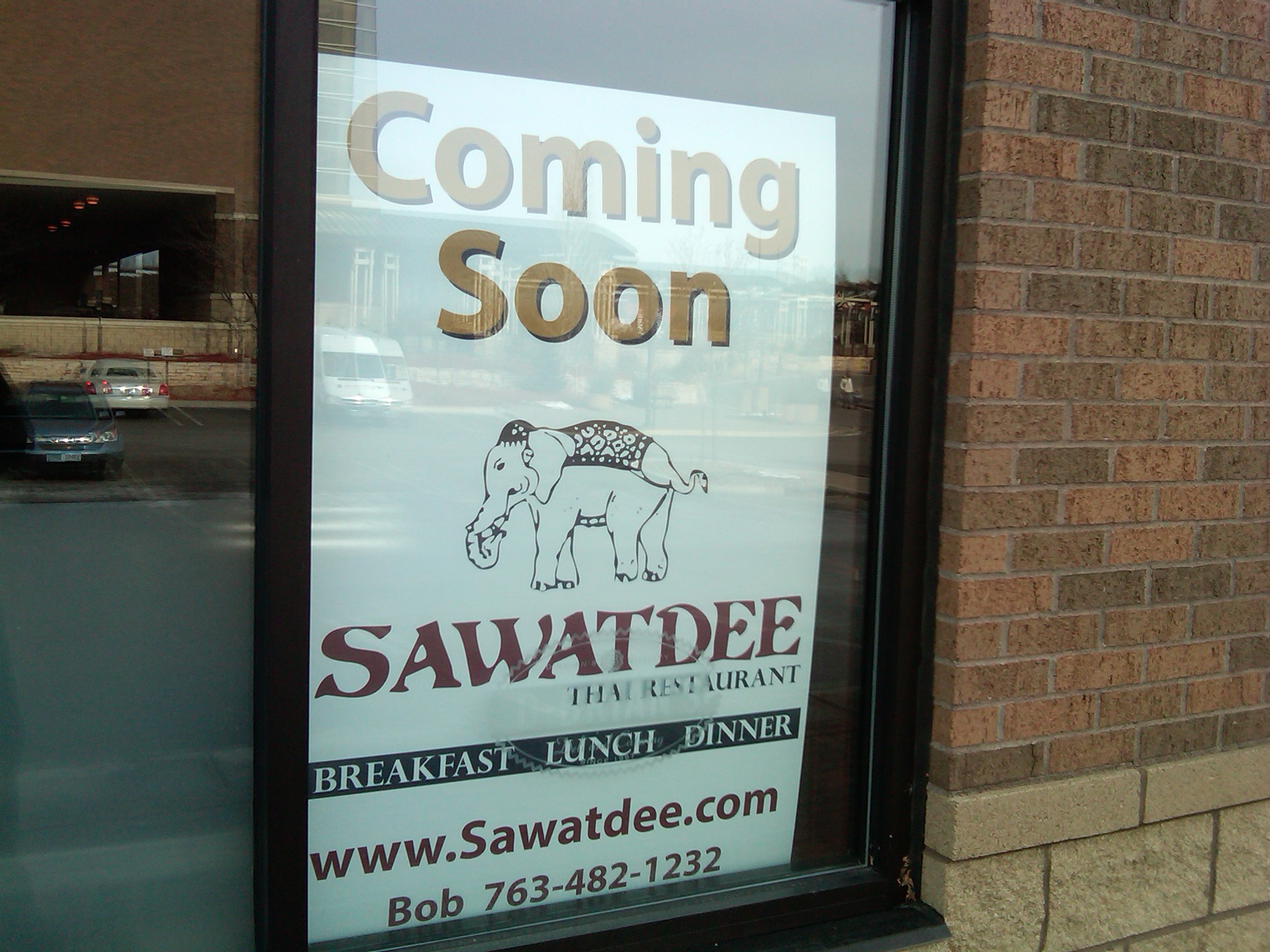 This spot is a popular corner in Eden Prairie for other restaurants. Namely Chipotle, Noodles, Dickey’s, Caribou, Culvers, Santorini and Ruby Tuesday.

Great news for lovers of Thai food. Other nearby Thai establishments are Na’s in Chanhassen, and the Bloomington location of Sawatdee.

Many of us at Techware are looking forward to the shorter drive to enjoy some #4 spice Pad Thai, Massaman Curry and fresh spring rolls on a regular basis. Visit their home page for more information. “Thai it, you’ll like it!” 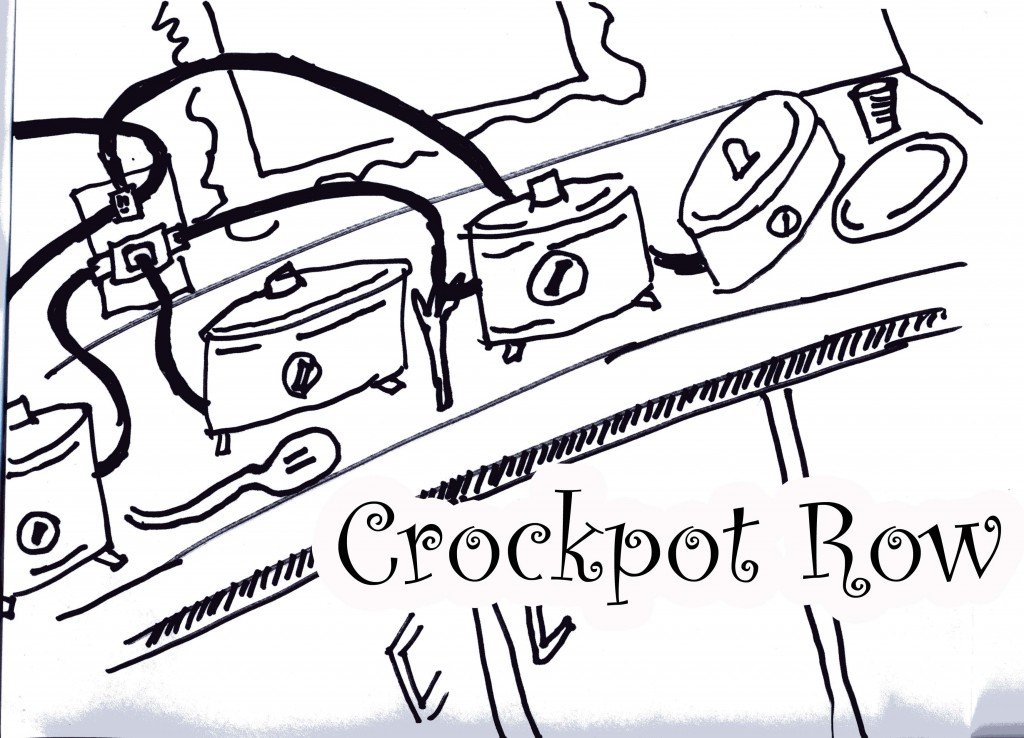 On the twentieth of December in the year of two thousand and twelve we took time to celebrate the season with a wonderful potluck. While the requisite signup sheet was posted to reduce duplicate dishes, in our haste we had forgone proper planning and load balancing. Quickly our Crockpot electricity capacity was overcome and a bottleneck exposed.

Post haste our crack team of culinary engineers quickly commandeered a folding table and a power strip was added to the mix – slow cooked goodness  was back in business, baby!  Our logistical challenges overcome, mini weenies and meatballs stacked up like pins at the bowling alley, ready to be knocked down one by one with our trusty toothpicks.  Nary a bowl of chili was unturned nor a cheesy dip un-dipped.

Revelers of all ages indulged in the excess of slow cooked meats and soups- a good time was had by all. 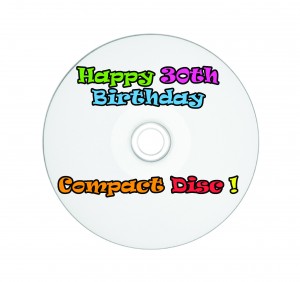 How we compare to what Cycle offers:

Techware is a trusted source in the CD and DVD printing and duplication industry. We have been in the Disc duplication business for over 17 years, and we are in good financial shape. We would like to be your new CD/DVD/Blu-ray/USB printing and replication vendor.

Our Operations manager is again working with the folks from ALS TDI and the following is information about a great upcoming event:

The day is coming for the 3rd annual MN ALS Bike Trek. The bike trek is a fund raising/awareness ride for Amyotrophic Lateral Sclerosis (ALS) also known as Lou Gehrig’s disease. For those of you unknown of these disease you can find out more information here http://en.wikipedia.org/wiki/Amyotrophic_lateral_sclerosis  Basically researchers haven’t found a reason why people come down with the disease. Only in a small percentage of patients have they been able to link to family history. As of now, after many years and many patients dying form the disease, there is only one drug that may help slow down the disease. Not good news with anyone living with this disease. The average patients life after diagnoses is 3-5 years.

My good friend Judy Stafne, her son has been living with this disease for about eight years now. I have a first hand knowledge on how this disease affects the patient and there family members. Let me tell you, this disease is one of the worst things I can imagine anyone having to go through (patients or family member). I will spare the details, I’m sure most of you can imagine how hard this is for here and her son (who’s younger than me). Please keep in mind there are many family’s having to go through what Judy is going through. This is why I ask you today to help me raise money to help fight this horrible disease.
All proceeds are going to ALS TDI  http://www.als.net/,  the only nonprofit biotechnology organization dedicated to developing effective treatments for ALS. For the last three years I’ve worked with my friend Justin who’s father passed away a few years back from ALS, along with the people at ALS TDI to help organize the MN ALS Bike Trek. Last year we were able to get the MDA on board to help make this ride even better. All people from ALS TDI and the MDA have been wonderful to work with and passionate about finding a effective treatment. They’re dedicated to making this and all other fund raising events successful.
If you’re interested in donating you can do so here http://alsmn.als.net/Fundraising-And-Donations.aspx   You can support me if you want, either way if you do or don’t, donating is the most important. Or come on out and ride!

Also, if you can, pass this email along to any friends or family members.

This is a great cause and we are happy to lend our support.

Remember the Lone Ranger comics and TV show from years past? The daring and resourceful masked rider of the plains dispatched old-west bad guys with his fast fists, and, if necessary, his quick pistol. There was always a moral to the story, too.

In the Edina Monday Night Rec Softball League playoffs last week, a new masked man emerged as a hero for the Techware Turbos. 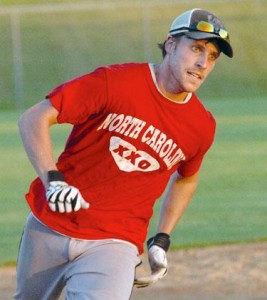 The ALS Bike Trek Minnesota is a 14, 34, or 52-mile fully supported one-day ride perfect for the entire family! We’re looking for people of all ages to join in this extraordinary event – we need YOU, your friends, your co-workers & neighbors! Don’t want to ride? Volunteer, cheer and attend the BBQ at the finish line! Our goal is to raise ALS awareness and funds to fuel research. All proceeds from this event benefit the ALS Therapy Development Institute (ALS TDI), MDA’s Augie’s Quest and the MDA’s MN Chapter.  Visit www.alsbiketrekmn.com